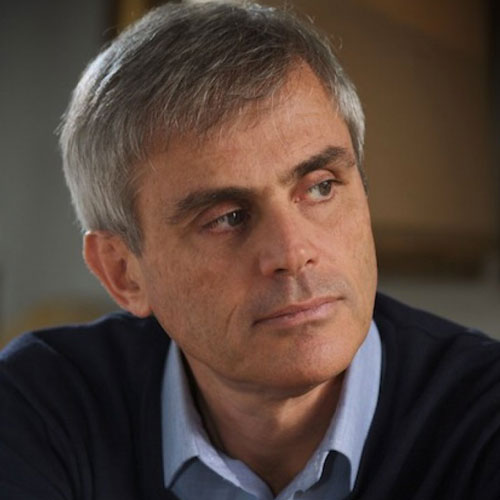 Matteo D’Amico was born in Rome in 1955. He studied composition and choral music at Conservatorio di Roma “Santa Cecilia” under the guidance of Guido Turchi and Irma Ravinale. He went on to study composition with Franco Donatoni at the Accademia Chigiana and Accademia Nazionale di Santa Cecilia. In 1988 he won the Tokyo Music Today World Contest with Tōru Takemitsu as judge. In 2006 his work Auden Cabaret was among the three finalists at the Prix Italia for RAI-Radiotre, and in 2012 his work Flight from Byzantium debuted at the Royal Festival Hall in London. In 1990 the composer inaugurated his opera production with Gli spiriti dell’aria, written at the invitation of H.W. Henze. Since 1984 he also writes stage music for drama theatre. Right now he is Professor in Composition at Conservatorio “S. Cecilia” in Rome, and has recently been artistic director of the Accademia Filarmonica Romana and Teatro Comunale of Bologna.