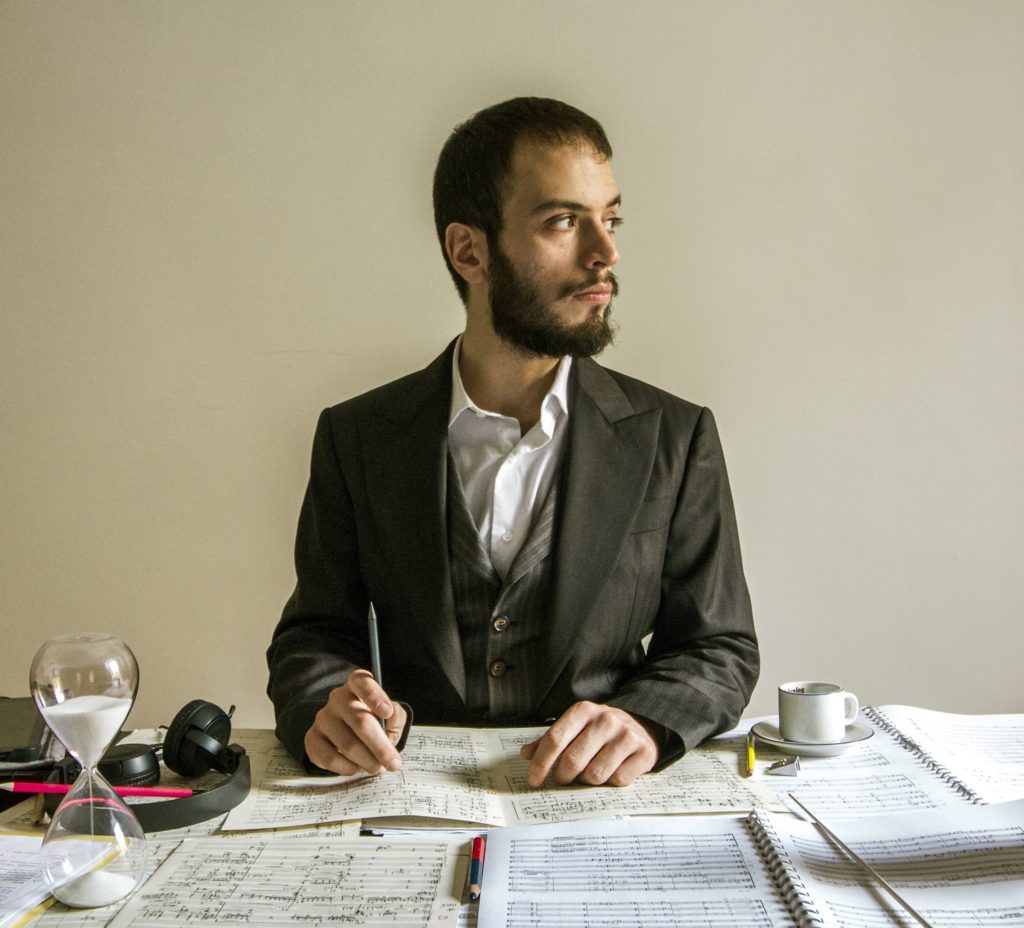 Francesco Leineri is a composer and performer graduated from the Conservatory of Santa Cecilia in Rome under the guidance of Matteo D’Amico. At the same time, he enhanced his training as a conductor under the direction of Gianluigi Zampieri and Francesco Lanzillotta and attended various workshop (Mark Andre, Silvia Colasanti, Pawel Mykyetin, Darius Przybylski, Franco Piersanti).

His repertoire is focused on the relationship between music and words in opera, theatre and visual arts on a broader range: his style is aimed at conveying a story. His catalogue includes soundtracks for theatre, video, contemporary art installations, arrangements and transcriptions. He also stars as a musician and live performer, inclined to teamwork and multidisciplinary collaborations, working with and also conducting various ensembles in his productions.