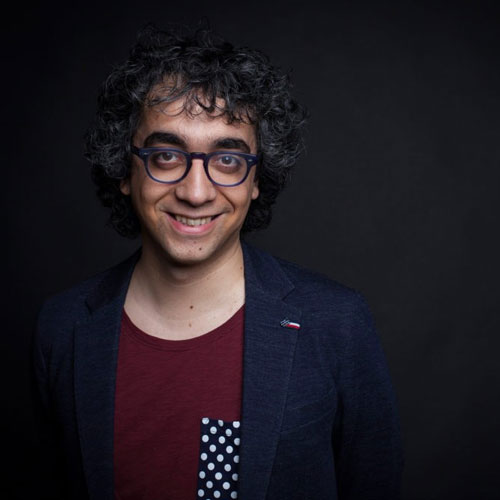 Born in 1986 in Noci, next to the italian city of Bari, Domenico Turi first studied piano under the guidance of Riccardo Marini and later composition with Matteo D’Amico at Conservatorio di Roma “Santa Cecilia”. An important place of his production belongs to the musical theater: in 2012 Turi writes a little opera for children, Onde, for the Festival Nuova Consonanza, and in 2017 he writes his first opera Non è un paese per Veggy (‘opera-panettone’ in one act to a libretto by Federico Capitoni), staged at Teatro Palladium. He also received commissions from Teatro’ La Fenice’ di Venezia, Accademia Filarmonica Romana, Camerata Italica and the Festival Nuova Consonanza. His compositions have also been performed in Europe and other parts of the world such as Azerbaijan, China, Japan, Mexico and Ukraine. He is the artistic director of the ensemble Imago Sonora, which he founded in 2013.